In The NewsTechFusion Knowledge Center2019-10-03T15:50:46-04:00
Techfusion has long been recognized as a leading technology firm around the world. Our insight and capability has earned us extensive local and national notoriety in both digital forensics and data recovery. Over the years, Techfusion’s work has influenced hundreds of high-profile cases and brought peace of mind to thousands of clients. Browse our gallery of television and print coverage below!

CAMBRIDGE, MA – Boston computer forensics firm Techfusion condemns the FBI’s demand for a less secure iOS from Apple.
“Consumer privacy is an undeniable right,” says Techfusion CEO Alfred Demirjian. “To sacrifice that right under any circumstance is an inexcusable violation of trust between customer and manufacturer. Developers, like Apple, have a duty to protect the users who trust in their systems.”

The CEO states that the FBI’s demand for Apple to write a backdoor, or universal access point, into Apple’s iOS operating system is an “unacceptable use of government power.” While terrorism is a real fear for Americans today, universally compromising the integrity of the iPhone is…Continue reading 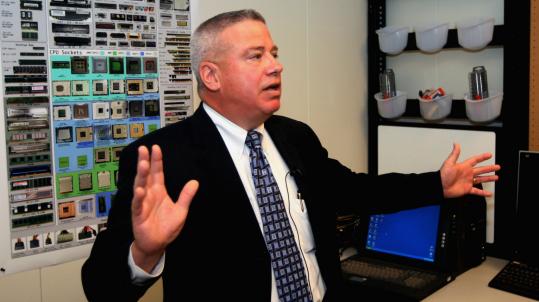 Computer forensics specialists will probably be able to retrieve at least some of the e-mails deleted, in an apparent violation of state public records law, by the top policy aide to Mayor Thomas M. Menino, according to several specialists who provide such services. Yesterday, responding to an order by Secretary of State William F. Galvin, the city hired a computer forensics firm, StoneTurn Group, to scour City Hall computers for the missing e-mail …Continue reading

CAMBRIDGE, Mass. — Alfred Demirjian, the founder and chief executive of one of Boston’s first data recovery companies, careens through a yellow light before merging across four lanes onto the expressway. He speeds up, then takes both hands off the wheel to adjust the radio tuner.

“When I drive, I think,” Demirjian says. “It calms me down.”

He must be back in the office by…Continue reading